“Almighty Creator. Thou art the Lord of all that has been created and all that
shall exist! Thy Light illuminates the Universes! Thy Force is life! Thou art
the Almighty. Immutable and Eternal. Thy name still remains secret and secluded!
The mystery of birth and death takes place continuously in Thy name! Thou art
Eternal, without beginning and without end! And we are Thy creatures!”

“God writes the gospel not in the Bible alone,
but on trees and flowers and clouds and stars”

Pentecost approaches..
The renewal of Power..
Ratification of the oldest Promise..

This was followed by:
“Let the Light be anchored…”

From that Moment,
The yearly renewal of the Power
Occurring through the Holy Spirit began.

It is called, the Festival of the Holy Dove..
The outpouring of Power through the Holy Spirit.

May this Blessed Grace reach us in His Unsubstantiate incomprehensible Love.

“Do not be fooled by appearances.
You must know, no matter what it looks like,
divine order must and will prevail.”

At this time of year, Christians celebrate Easter with the physical resurrection of Jesus as being one of main doctrines of the religion of Christianity. The reality is however that the “Resurrection” of Jesus was a Natural Process NOT a miracle.

The “real” person is not the physical body but the spirit within.

Simply put the the ethereal body of Jesus passed on to the other side due to the execution/murder of his physical body.

It was the ethereal body of the Risen Christ that the disciples and other blessed ones were able to see.. …

If an earthly gross material body was able ascend into a higher realm of another world then by the same logic the earthly body could also DESCEND to the earth without having to go through the process of a earthly birth.
Such things are impossible and against the perfect Natural Laws that govern existence.

“The physical body of the Redeemer followed the same course as every other physical body has to follow in accordance with the Natural Laws of the Creator.”
– quote from The Grail Message “In the Light of Truth” http://www.grailmessage.com

“Each moment contains a hundred messages from God.
To every cry of “Oh God!”
He answers a hundred times: “I am Here.”

“As I kneel in prayer
At the end of my day
Have I done all I can?
Was I a light this day?
Did I teach one soul
How to live their life well?
Were my posts in tune
Where the collective minds dwell?
Did I soften those with angry hearts?
And was my healing worthy
Of those who needed my imparts?
As I give my humble thanks
Upon my bended knees
I thank Source for my light
And the love I am blessed to be”

in the fact that

God is always on time.”

“Nothing should stand between you and God.
No imams, priests, rabbis or any other custodians of moral or religious leadership. Not spiritual masters and not even your faith….
Stay away from all sorts of idolatry, for they will blur your vision. Let God and only God be your guide.
Learn the Truth, my friend, but be careful not to make a fetish out of your truths.”

Holy Month on Earth…
Creation springtime is here.
A month in which the Only One will let out a Drop of His Blood filled with Unsubstantiate Energy to renew the substantiate.
A Drop to refresh His garment and all beings sheltering therein.
The Month of the Holy Spirit, the Month of the Holy Grail.
Soon It will flow from the Fountain of Life.
May the good Lord grant It.
May we, creatures of Creation open our heart in sincere humility so that the Water of Life will fill our chalice.
Amen…!!! 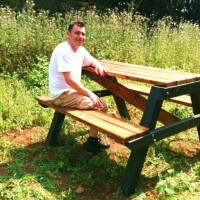 more that just a path

Turtle Quotes, the best place for your daily quote needs!
Ants in Focus

Capturing life's moments, one frame at a time

~{LOVE IS THE ANSWER, HIDDEN IN PLAIN SIGHT}~

Film reviews as you know them only much....much worse

tears of a clown

Cloud spaces where the midnight thoughts spill into

OUR REFLECTION OUR IDOL

Even Stranger In a Dream

Ups and down everyday, let us make dailyliving normal.

"the relentless pursuit of common sense" FEATURED ARTICLES are at the TOP. SCROLL DOWN for TODAY'S posts.