In Assam, India… a person bought a cow. During night he heard the dogs barking. It happened four consecutive nights, and with concern about his animals, he got CCTV installed.

He was surprised to see that a leopard visited every night and sat near the cow. He watched closely since the visitor didn’t seem at all aggressive.

On an inquisition to the previous owner, he was informed that the mother of this leopard was killed when the cub was only 20 days old.

The cow fed him her milk and saved his life. The cub was let-off into the jungle, as it grew up.

However, the fully grown leopard comes every night and still spends time with the cow, whom he considers his mother 💞🦋💗

8 thoughts on “#TenderTuesday . . .whom he considers his mother” 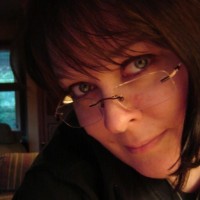 Without happiship (happiness & relationship)no one can cross the life ocean

Spiritual ideas from a different perspective.

The idylls of Iyanu

Belles-lettres, and other beauties

To Travel is to Live

Movies Review in the Hindi Language

Nature, emotions and so many more.

Posts about Art, Photography and the Artworld. Art News, Information and Advice all in one place.

The Evolution of Remembering Me

Thoughts from a small rock out in space by Syd Weedon